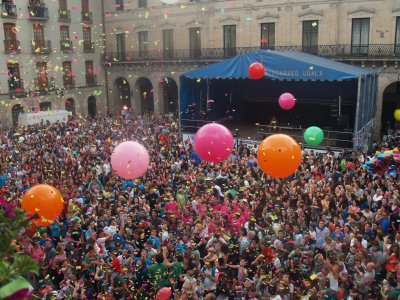 Despite its religious connotations, the truth is that the festival’s central figure is a popular person (or is that a character?) in Bergara called Bitorianatxo. She bookends this festival in which we can enjoy a "freestyle" dance competition, Basque pelota matches, a salt-cod cooking contest involving Bergara’s dining clubs, a giants’ parade, cycling, and another contest, this time for drawing. What’s more, there will be no shortage of music, a picnic in the countryside (romería) and a concert by the local brass band.